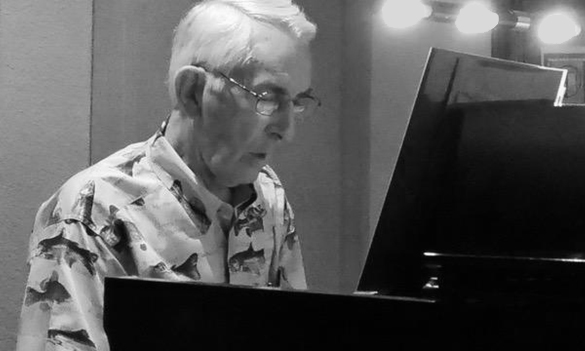 Charles P. (Chuck) Cabell, Jr. attended the United States Military Academy at West Point and joined the US Air Force upon graduation in June, 1958. He holds a Master’s Degree in Astronautics from the Air Force Institute of Technology and a Master’s Degree in Systems Management and Doctoral Degree in Public Administration from the University of Southern California. He retired from the Air Force as a Brigadier General after a thirty-year career (which included a combat flying tour in Vietnam), and then spent ten years as a consultant to industry and the government in System Engineering, Risk Management, Contracting, and Project Management.
He took sporadic piano lessons as a child and sang with his high school choir. At West Point he was a member of the Glee Club and was the cadet co-director of the Catholic Chapel Choir. While in the Air Force, he directed Catholic Choirs at several bases and sang and composed folk songs with guitar accompaniment. During a tour in the Boston area, he began to study voice seriously with Robert Gartside, of Boston University. He then sang with the Paul Hill Chorale, in Washington DC, the Colorado Springs Chorale, and the Colorado Springs Opera Chorus. He has also performed lieder and art songs in recital.
He now devotes his life to writing and the arts. He founded Impavide Publications in 1996 and has written/published five books and nine plays: One of his musical compositions (words, music and choral arrangement), That’s What Christmas Means to Me, was performed by the Colorado Springs Chorale in 1999. He also wrote a complete set of verses for Saint Saens’ Carnival of the Animals to replace the verses written by Ogden Nash. His version has now been performed three times by different orchestras and is scheduled for a fourth.
An avid (mediocre but improving) classical pianist, he co-founded Amateur Pianists International in 2000 and was its president for fourteen years. During this time, API held an annual Celebration of the Amateur Pianist in Colorado Springs—every other year, the Celebration included a heralded international competition.
He is also past president of the Colorado Springs Choral Society and a past board member of the Opera Board and the Chamber Orchestra of the Springs.
His latest endeavor in the Arts has been to found (2016) Thespiana, an annual read-directed-rehearsed presentation of short plays by local playwrights.
He has been married to Hallie for fifty-plus years. He, his wife, his two grown children—a daughter and a son—and his son’s wife and five sons, all live in Colorado Springs, Colorado.