This is the story of my own search for faith in a God I could truly believe in and relate to. It acknowledges my crisis of faith, a crisis brought about because I was no longer able to accept traditional teachings about the nature of God and my relationship with God. The book then discusses how I resolved the crisis with a new faith based upon what I now believe is the true nature of God and our true mutual relationship. 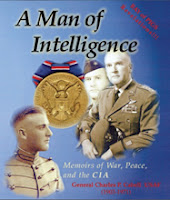 These are the memoirs of a remarkable man: my father, General (USAF) Charles P. Cabell, who had helped to shape many of our nation’s most important decisions from World War II through much of the Cold War. He was the first chief of Hap Arnold’s Advisory Council; commander of a WWII B-17 Bomb wing; a major planner of the D-Day invasion of Normandy; Director of Operations and Intelligence in the Mediterranean; a participant at the Yalta and Potsdam Conferences; Director of AF Intelligence; Director of the Joint Staff under Omar Bradley; and Deputy Director of CIA for nine years, with a unique perspective on the Bay of Pigs operation of 1961. 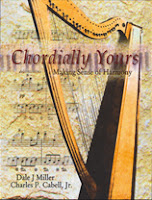 This is a book about harmony: how tones are combined to make chords. But it is not a “chord book” that simply lists all combinations of tones that have been given recognizable chord names, such as “C-seventh” and “D-flat minor.” Here we teach the reader through text and exercises how to build and recognize chords with great fluency and understanding, not just to memorize them. We do this not through torturous academic formulae but through the application, expansion and repetition of just a few basic skills, buttressed by historical anecdotes. Music is fun. We want you to have fun with learning its principles.

William L. Cabell (1827-1911) graduated from the United States Military Academy at West Point in 1850. In 1861, he made the heart-wrenching choice to join the Confederacy. On the one hand, he had spent eleven years in the Union Army, his father had fought in the War of 1812 against the British, and his great-grandfather was a regimental commander at the Battle of Yorktown. On the other, he was a fifth-generation Virginian, many of his family having served in prominent state positions. He became the first Quartermaster to the Army of Northern Virginia. The Confederate battle flag (“Stars and Bars”) was partly his design. His memoir takes us from pre-war interviews with President Davis to staff meetings with Robert E. Lee before the first battle of Manassas (July, 1861), to his exploits as a brigadier general leading a combat brigade, to his capture and imprisonment, and to his struggle to survive during Reconstruction.

American conductor and pianist, Director of the Colorado Springs Philharmonic for 11 seasons (2000-2011), this is a wonderful tale of his musical journey filled with delicious anecdotes of his interactions with the Metropolitan Opera, composer/conductor Leonard Bernstein, and many famous artists. Recordings include "The Moscow Sessions" for Sheffield Lab (for which he became the first American-born conductor to conduct the Moscow Philharmonic Orchestra in 1986). You will enjoy his soul-baring insights and wit. 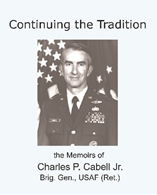 Continuing two traditions, really: a life of service and a proclivity to write about it. I graduated from West Point in 1958 and entered the Air Force. There has been a Cabell in the military in every generation starting with the Revolutionary War; and my great-grandfather, my father, and now I have put our experiences into print. My own experiences include flying a B-52 at the height of the Cuban Missile crisis, flying an F-4 Phantom and an O-1 during the Vietnam War, and holding important positions in AF R&D.

For thirty years, Price Strobridge had been writing his wonderful poems on the backs of napkins and other odd bits of paper and reciting and performing them for whomever would listen. A friend, Don Cox, eventually volunteered to put Price’s poems on a computer, so that they would not be lost; and another friend (myself) volunteered to put them into book form so that the world could share them. I also persuaded his lovely and gifted wife, Miki, to come up with some drawings that would capture the moods and themes both of the book as a whole and also of each of its sections. I believe she succeeded magnificently.

All of these poems—from impressions of the mailboxes along Rural Route 1 (“Stamp Collection”), to the joys of word play (“Oxymora;” “Questioning Cloning”), to the peace of swimming naked in an Autumn pond (“Free Panning for October Gold”), to the discomfort of an old dog relieving himself (“A Sirius Whizz”)—are truly poems from the heart. Price Strobridge makes you think and feel about many things in an astonishingly new and touching way.

You will surely find these poems immediately appealing. But I urge you not to stop there. As multi-layered as they are, they will not yield themselves fully if they are only read casually. They need to be savored, tasted, chewed well, and fully digested to give you the full nourishment of which they are capable.